Over 20 Years of Concrete Repair

Fusion-Crete® is one of the most economical and effective concrete repair products on the market today -- unmatched in versatility, durability and cost-effectiveness. We can attest to this because the owner of Fusion-Crete of U.S., Chris Koebnick, has been restoring concrete with it since 1990, and our service company, Crossroads Concrete Resurfacing, has a history of over two decades of successful concrete repair and restoration. 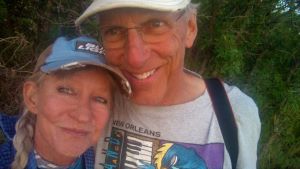 We are proud to say that Fusion-Crete of U.S. is the only authorized distributor of Fusion-Crete® in the United States. Our service company, Crossroads Concrete Resurfacing, was founded in Steamboat Springs, Colorado, in 1996 by Chris and his wife, Deanna.

So how did Chris fall for Fusion-Crete®? A contractor handed him a pail of the concrete repair product in the early 1990s and told him to figure it out. Quickly, Chris became a pro at renovating concrete with Fusion-Crete® and decided to start his own company because he was so impressed with the product.

Crossroads Concrete Resurfacing continues to operate in Steamboat Springs with crews successfully solving concrete problems for our many customers in summer 2020.

Fusion-Crete® is a product that will resolve many common problems with concrete:

Fusion-Crete® is unique because it is a raw copolymer, which can be adjusted by ratio in the mix by the user to match the strength needed for the repair at hand.  Additionally, you do not pay for shipping water, sand, or Portland cement with the purchase of Fusion-Crete®. Another plus: when kept dry, the shelf life of Fusion-Crete® is indefinite. 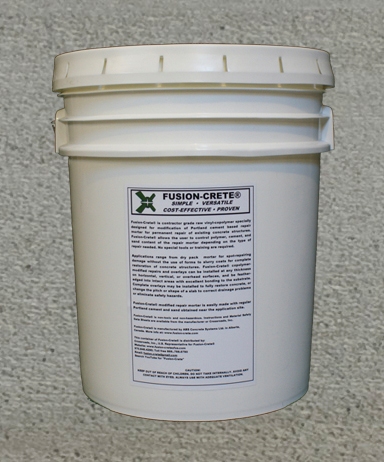 Contact us now for more information about our Fusion-Crete® Concrete Repair Product and let us help you solve your concrete problems quickly and economically!

With this ability to vary mix designs, the possibilities are endless -- and lucrative for the contractor. Fusion-Crete® can be used to fix pretty much any concrete issue you encounter!

We’re Here for You: Fusion-Crete of U.S. takes pride in our concrete repair product and in the technical expertise we provide to every customer using Fusion-Crete®. Although no special training is needed for anyone familiar with basic concrete finishing, we provide damage evaluation, repair recommendations, and material estimating. We are positive you will not find a more versatile or economical solution for damaged concrete. We look forward to speaking with you and helping to resolve your concrete issues.