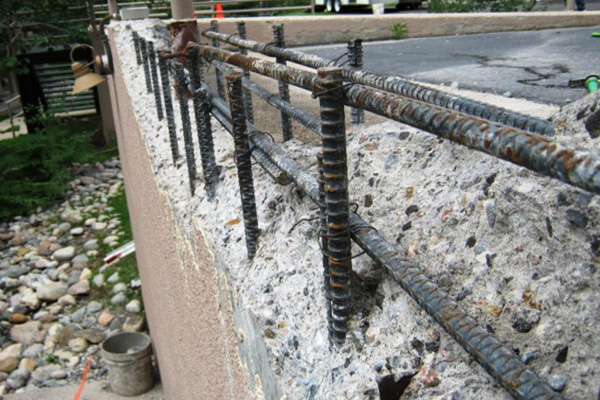 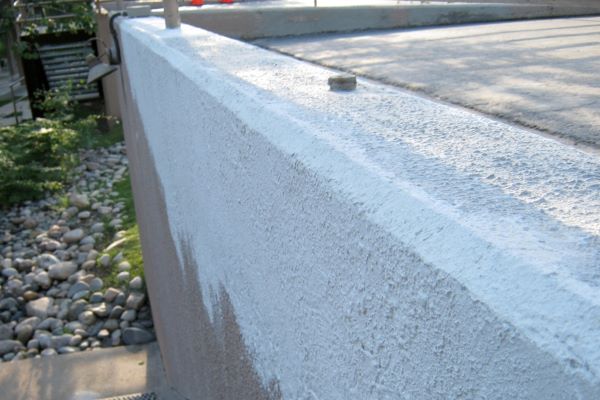 This condominium parking structure wall (left) looks beyond repair in this image from 2010. Forms were necessary for the repair (at right), which was done with Fusion-Crete, sand, and white Portland.  The contractor had extra white Portland on hand and the project would be complete when the wall was painted.

This photo, taken in 2020, shows the still-perfect completed project
with paint and guardrails replaced, 10 years later!
Restoring damaged concrete retaining walls presents several problems to be solved, the main one being that the repair is vertical! This means one of two methods with Fusion-Crete: Formless dry pack repair or the use of concrete forms. Read on to see how Fusion-Crete can be employed to restore retaining walls with forms for a long-lasting, economical fix.

The cause is unknown for the severe damage to the above-pictured retaining wall supporting the parking area at a townhome complex. Medium consistency Fusion-Crete modified mortar restored the concrete retaining wall perfectly.

This repair required form setting. How we did it:

The contractor had extra white Portland cement and used it on this repair because the wall was scheduled to be painted (see above center). This example also illustrates that Fusion-Crete can be used with white Portland and various colorants to achieve repair colors other than concrete gray.

The restoration was completed in August 2010 and remains perfectly intact in April 2020! 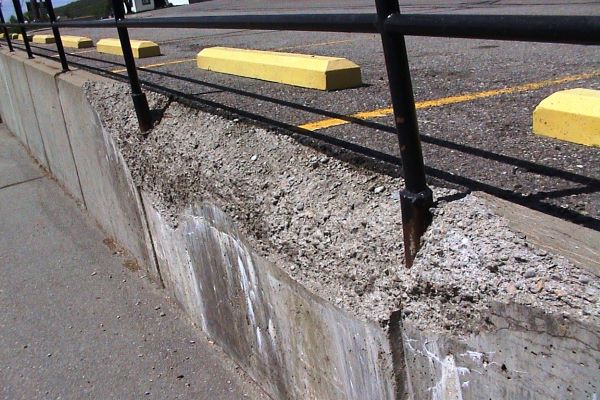 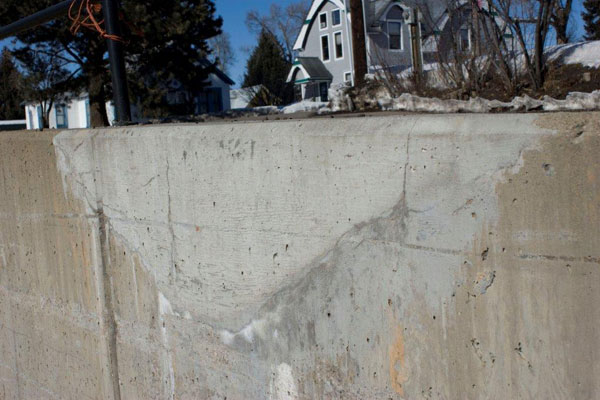 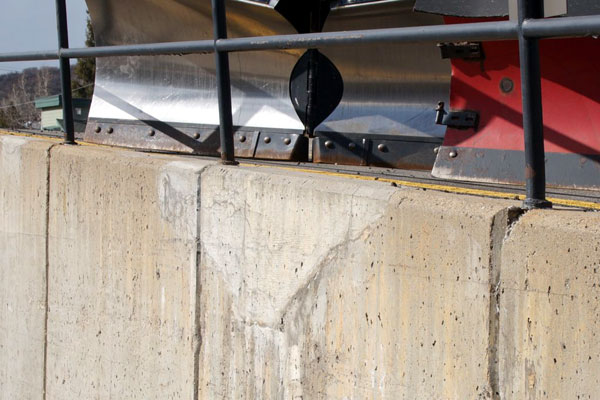 This bank drive-through retaining wall (above left) was crumbling in 2004. The upper right photo shows the restoration of the concrete retaining wall 10 years later – and check it out in April 2020 (above).

The retaining wall at this bank property was rotted below the alleyway and parking area in several locations, threatening the stability of the wall, the parking lot foundation, and the safety of bank customers.

The repair was completed in 2004 and continues in serviceable condition in 2020!

Repairing vertical walls are a challenge Fusion-Crete can help you solve.
Have questions about how we fixed these retaining walls?
We are happy to help! Contact Us.